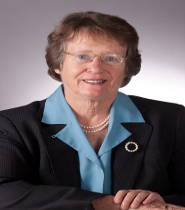 Dr. Phyllis A. Guze, M.D. Get a Second Opinion

Dr. Guze received her undergraduate degree from the State University of New York and before obtaining her M.S. in Anatomy & Physiology at Indiana University, Bloomington, IN. She then received her Medical Degree from the University of Southern California, Los Angeles, CA before completing for her Internship & Residency in Internal Medicine and a Fellowship in Infectious Diseases at Harbor-UCLA Medical Center, Torrance, CA.

Since the end of her fellowship, Dr. Guze has been extensively involved in the teaching, training of Internal Medicine Residents, patient care and administration in three stellar institutions in the Los Angeles and Torrance areas of California (UCLA School of Medicine, Wadsworth Veterans Administration Medical center and Harbor-UCLA medical Center.) She has had numerous awards in teaching and has held positions in the aforementioned institutions as Dean of Education and Professor of Medicine. She has also held several leadership positions in the Association of Program Directors of Internal Medicine and in The American College of Physicians.

Currently, she is Associate Vice Chancellor, Health Affairs & Executive Vice Dean, Professor of Medicine and Chair of Division of Clinical Sciences at the University of California School of Medicine, Riverside, CA.