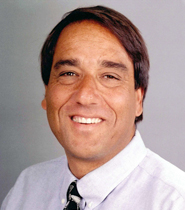 Radiological investigations of the body

Dr. Charms received his bachelor's degree in zoology from Ohio State University in Columbus and his medical degree from Case Western Reserve University School of Medicine, Cleveland, OH. He completed his internship and residency in radiology at the Cleveland Clinic Foundation in Cleveland and a fellowship in ultrasound and computer tomography at the Los Angeles County/USC Medical Center in Los Angeles.