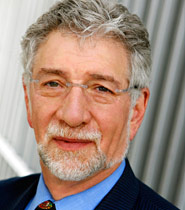 Dr. Stewart A. Lonky, M.D. Get a Second Opinion

Dr. Lonky received the B.S. in Chemistry from St. Lawrence University, Canton, NY and the M.D. from the State University of New York, Downstate Medical Center. He completed an Internship in Internal Medicine at the State University Kings County Hospital in Brooklyn, NY and Residency in Internal Medicine at Barnes Hospital, St. Louis, MO and at the University of California, San Diego, CA. Subsequently, Dr. Lonky was an NIH fellow in Pulmonary Disease and Biochemistry at The University of California, San Diego, CA. He continued at UCSD School of Medicine until 1982 and since then has been in Private Practice in Los Angeles, CA.
Dr. Lonky left UCSD in 1982 and began his practice in Los Angeles, specializing in Internal Medicine, Pulmonary Medicine and Critical Care Medicine. His expertise in the area of toxic damage to the lung made him a sought-after consultant in the area of Toxicology, particularly as it relates to occupational and environmentally induced asthma. He served as a consultant to the State of California from 1986-1988 and helped create standards related to measuring respiratory impairment and disability. This introduction to the clinical world of toxicology piqued Dr. Lonky’s interest in the potential role of anti-oxidants in protecting the lung and in the role of detoxification in reducing the clinical symptoms in those people exposed to toxic pollutants in the environment.
Over the past 10 years Dr. Lonky has been a strong advocate of nutritional approaches to achieving wellness and has served on the medical advisory boards of nutritional companies, reviewing clinical protocols for the study of various products in the treatment and prevention of heart disease, macular degeneration, arthritis, and other ailments. More recently, he has been involved with studies of a natural chelating agent, clinoptilolite (a naturally occurring zeolite mineral), and its ability to safely and effectively remove heavy metals and certain toxic organic chemicals from the body. During this period of time, Dr. Lonky has taught and lectured on the topic of alternative approaches to wellness, detoxification and zeolites throughout the world, and together with Biochemist Rik Deitsch he has co-authored the book Invisible Killers: The Truth About Environmental Genocide. In this book, Dr. Lonky and Mr. Deitsch have covered the basics of how toxic exposures occur every day and described how each individual accumulates his own “body burden” of toxic chemicals. They then go on to describe how this important activity must become more widespread if we are to win the battle against the cost of accumulated toxins, including the increased occurrence of cancer in our society.