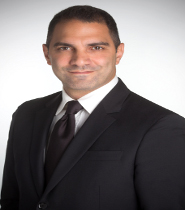 He has been involved in numerous voluntary efforts in Plastic Surgery in several venues internationally. Currently, he is at the Children’s Hospital, Los Angeles, CA