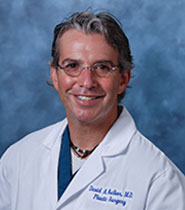 Dr. Kulber earned his bachelor's degree in European medical history from the University of California at Berkeley and his medical degree from the University of Health Sciences/Chicago Medical School, Chicago. He completed an internship and residency in general surgery at Cedars-Sinai Medical Center in Los Angeles and a residency in plastic surgery at New York Hospital, Cornell Medical Center in New York City, followed by a fellowship in hand/microsurgery at New York University.

Currently, Dr. Kulber is the Director of the Plastic Surgery Center of Excellence at Cedars-Sinai Medical Center. He served as Clinical Chief of Surgery at the same medical center and has held leadership positions on various Cedars-Sinai hospital and departmental committees.